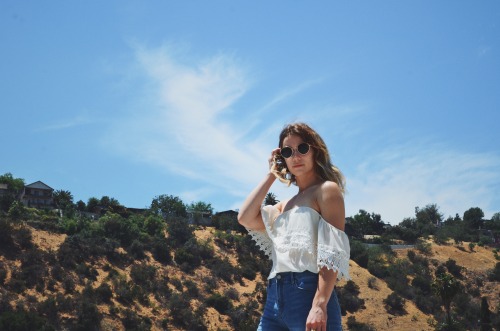 First introduce yourself: where you are from, where you live, what you do!

Where I’m from is always a hard question to answer since I’ve moved around a lot! I was born in Delaware and moved to a few different states across the country, ending up in New York from age 18 until last year. I moved to Los Angeles last summer and I live in West Hollywood. I am a musician, vocalist, one half of the band PROM, and a cocktail and peanut butter cup enthusiast.

How long have you been writing music?

For quite a while! I spent my childhood in voice and music lessons (piano, violin, guitar, drums), and the first original music that I was old enough to remember I wrote on my parents’ upright piano in their basement during middle school. One of my favorite tracks from that time I actually held onto and recorded for my first band Houseboat’s EP in 2011. I met my bandmate Gabriel in late 2012 and formed PROM, and dove headfirst into songwriting at that point. 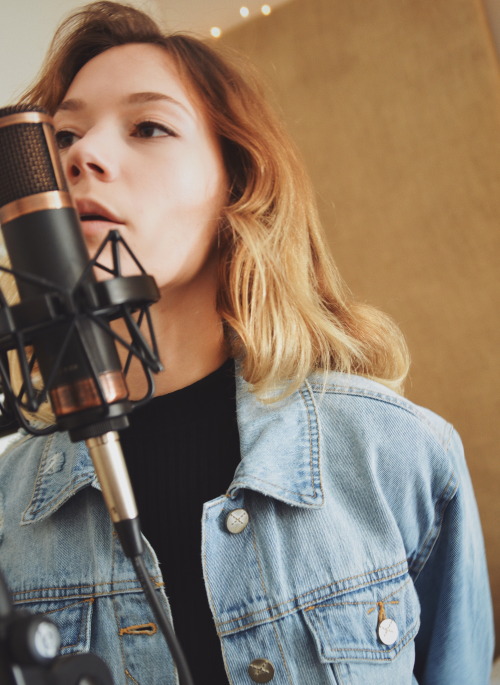 Who are your most influential music idols?

Stephin Merritt of The Magnetic Fields is one of my biggest influences in music. His witty, self-aware songwriting has always inspired me to be both clever and emotive in the same song. Beach House is another band that encourages me to embrace my unique artistic voice. Their music lives in its own world so deeply and unapologetically that you can’t help but be drawn in.

What is your instrument/gear of choice and why?

My favorite duo is my Dave Smith Mopho x4 synthesizer and my Strymon blueSky reverb pedal. The blueSky graced most of the tracks on our last record and has this shimmery ethereal quality that I love.

What is the concept behind your latest release salt/water?

Salt/Water is about the aftermath of introspection; feeling remorse for things done wrong, and heading out to the ocean with the hope of respite and perhaps a little clarity. Only to find that once there, the pull is stronger instead to slip in and surrender. Water and salt representing the beginning and the end of our life cycle, it would only be natural to die at sea.

What is your favorite song you’ve ever released and why? 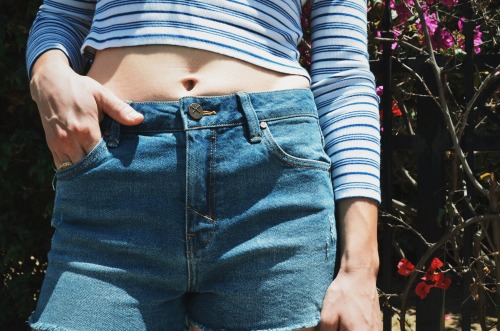 How do you navigate being a woman in a male-dominated field?

I’ve found it doesn’t matter in this field if you identify as male or female, as long as you are giving yourself fully and fearlessly to your projects. Artistically I work on being a “yes, and” person instead of a “no, but” person, which I think is a good direction to point in especially when collaborating with others.

What is your denim of choice when on stage?

I love good high-waisted flexible jeans! I don’t like to feel restricted in my movement while performing, and denim jeans are perfect for kicking around in onstage.

If you could play a show anywhere in the world, where would you want to play?

Red Rocks in Colorado. An incredibly epic and beautiful venue, before and after dark. 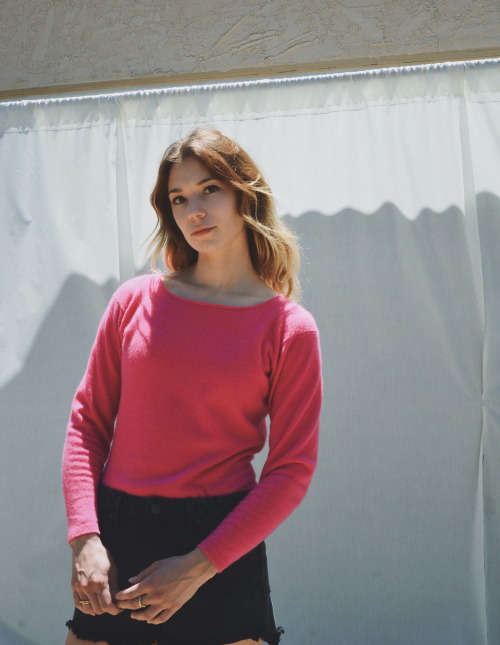 Listen to PROM on Spotify and iTunes What in the Jewels!?